4 Types Of Malnutrition And Their Effects

4 Types Of Malnutrition And Their Effects Maanasi Radhakrishnan 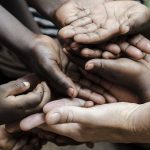 Worrying about your Christmas shopping or what to include in the menu for the family feast? Or confused about which of the new tempting pizzas to order for the next meal? Or did you pick more food than you needed at the buffet and are now wondering how to dump these into the dust bin without attracting too much attention? You should perhaps remember that you are just plain lucky. Elsewhere in the world, there are people who have more to worry about; like dying from lack of vital nutrients.

Malnutrition or a lack of proper nutrition affects 578 million people in the Asia-Pacific region alone, most of them are children below the age of five. Here are some statistics:

According to the United Nations Food and Agriculture Organization, 1 in every 8 people suffers from malnutrition. 32.5% of children in developing nations are undernourished and at least 14.5% of the deaths of children between ages 0-5 are due to starvation. These are very basic statistics, but the more one reads them in detail, the more aware one becomes of the tragedy that malnutrition causes.

Malnutrition and starvation have devastating impact on children, adults and especially on pregnant women. They also have severe and far-reaching socio-economic impacts.

3. Chronic malnutrition or stunting happens over a long period of time and has more long-lasting consequences. It begins before birth due to poor maternal health and leads to stunted growth in an otherwise normally proportioned child. Poor breast feeding, infections and lack of availability of proper nutrients are the main causes behind it. Stunting is dangerous because it becomes irreversible after an age. Therefore, it becomes important to nip it in the bud by providing proper medical treatment to pregnant women and young girls.

4. Micronutrient malnutrition implies a moderate to severe lack of Vitamins A, B, C and D, Calcium, Folate, Iodine, Iron, Zinc and Selenium. These vitamins and minerals are of utmost importance in various body processes and their deficiency can make an otherwise healthy person malnourished.

Malnutrition is a cause for great concern in all developing nations. And the governments across the globe are increasingly allotting more of their health expenditure in this sector. So the next time you throw away food, or worry about your meal plan, stop, count your blessings and reach out to feed a hungry mouth.