10 Serious Side Effects Of Beetroot 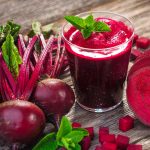 Beets sure are healthy and wonderfully nutritious. The vegetable is a must in a any health-food show that you watch. But there is another side to it most of us don’t know – the dark side. In this post we explore the side effects of beetroot. Keep reading.

Is Beetroot Bad For You?

Well, no vegetable or fruit can be bad. We need all of them. So if you are wondering beetroots are bad in general, no, they are not. However, they might cause certain side effects if not taken as they must.

Beetroot, if taken in excess, can lead to kidney stones or gout.

Consuming beetroot juice might also have certain issues. It can lead to the accumulation of metals like iron, copper, and magnesium in the liver – causing complications. Taking the juice once a while could be okay. But not daily.

Side Effects Of Beetroot

Check out here some of the uncommon beetroot side effects in detail.

What you take throughout the day can influence the color of your urine. Excessive consumption of beets can cause your urine to appear pink. And according to a UK study, this effect is more common in individuals deficient in iron . Another study conducted on eight individuals reported similar findings – all of them were given beetroot supplements, and seven of the eight participants showed signs of beeturia .

One particular study says though beeturia is not a harmful condition by itself, it definitely warrants the need for guidance on problems with iron metabolism .

According to the Harvard Health Blog, beetroot is rich in oxalate that can cause kidney stones . If you already have stones, your doctor might advise you to quit beetroot or reduce its consumption.

You may not be in danger if you don’t have a history of kidney stones. But if you do, you might contract the condition again upon beetroot consumption .

There are four types of kidney stones, with calcium being the most common one. The mineral can combine with other substances, especially oxalate, and form a stone. Beetroot is high in oxalate – and can directly contribute to kidney stones . They achieve this by increasing urinary oxalate excretion, which leads to the development of calcium oxalate stones .

Beets are also known to increase urinary oxalate concentrations – which can eventually lead to kidney stones .

Though rare, this allergy can occur in certain individuals. Allergic reactions to beetroot consumption include rashes, hives, itchiness, and even chills and fever. Certain people also complain of the constriction of vocal chords, though this is rare.

One case of the presence of blood in urine is hematuria. Though beetroot doesn’t cause this condition, the symptoms are similar to beeturia – urine being coke colored . Hence, if your urine is colored and you have been consuming beets, one reason could be beeturia. But what if it’s not? Which is why it is recommended you consult your doctor.

Beetroot contains a chemical named betacyanin, which gives the vegetable its deep red color. Though most foods are chemically altered and lose their coloration as they go through the digestive system, the breakdown of betacyanin might depend on certain factors. Colored stools might be harmless, but still, it is always better to consult your physician. Your doctor can test the stool and rule out the presence of blood . Blood in stools might indicate something serious.

Beetroot can also cause a condition called melaena, which refers to tarry or black stools from the presence of altered blood .

In case you are passing colored stools quite frequently, keep beetroot away from your plate for a couple of days. If the issue persists, consult your doctor right away .

One Australian study stated that beetroot juice might lower blood pressure in men when consumed as part of a normal diet .

Beets are rich in nitrates, and as per certain studies, can acutely lower blood pressure in healthy individuals .

If you are already suffering from gastrointestinal issues, eating beets can only aggravate the issue. They can also cause bloating, flatulence, and cramping. The vegetable can also lead to certain changes in your bowel movements – including conditions like constipation and diarrhea. This can also be attributed to the high sugar content in beets.

Eating beets can also cause gas pains – pain that originates from the formation of gas in the stomach due to beetroot’s fiber content. Most of the time, passing gas or bowel movements can relieve gas pains. If not, do meet your physician. Also, you may want to increase your fluid intake. This helps battle the ill effects of excess fiber.

Being allergic to beets can also be one reason to develop issues like stomach cramps.

According to a report published by the Ohio Department of Health, short-term exposure to high levels of nitrites can cause stomach upset and other abdominal conditions like diarrhea and vomiting. The symptoms develop 18 to 36 hours after high levels of nitrites have been consumed. In certain cases, they can occur as soon as within 2 hours or as long as 14 days later .

One of the concerning side effects of beetroot. This could be a serious concern for anyone who has blood sugar problems. Beets rate moderately high on the Glycemic Index, which is a downside. Which is why it is best to avoid beets if you have issues related to your blood sugar levels.

Beets might be an acceptable food on a diet designed for steady glucose levels. But yes, one must consult a doctor before consuming them.

One compound in beetroot that causes concern for its use in pregnancy is betaine. As per studies, betaine had shown adverse effects in animal testing. And there are no adequate studies on pregnant women to support its safety.

This type of arthritis that occurs due to excessive uric acid build-up can get extremely painful. The symptoms include extreme joint pains (particularly at the base of the toe), shiny red joints, and high fever. And according to the University of Maryland Medical Center, foods containing oxalate, like beets, can contribute to gout . And hence, must be avoided.

Beets are rich in iron, magnesium, copper, and phosphorous – and that’s the good part. But the bad part is all of those are metals, and excessive consumption of these can lead to their accumulation in the liver. This can harm the liver and pancreas.

How Much Of Beetroot Is Too Much?

Certain websites say a glass of beet juice a day is fine. Some say that’s too much. But there is limited data available in this aspect . Hence, doctor’s advice is required.

Beets were found to cause low calcium levels. They can also aggravate kidney disease . Hence, individuals with related conditions must abstain from beets.

Beetroot poisoning can happen with excessive consumption of beets. The symptoms can be anything we discussed in this post. Take care of that as well.

A Word On SuperBeets

There is something else to consider. Heard of SuperBeets? It’s a powdered beetroot supplement. But is it healthier than the actual beet vegetable?

But we need to understand nitric oxide is what nitrites get converted into once we consume them. So if nitrites are harmful, so is nitric oxide. So if you are suffering from any of the side effects, it is better you stay away from this supplement as well.

Beets are healthy. One of the healthiest, rather. But if you are experiencing any of the effects, stop eating them.

We hope this post on side effects of beetroot has been of some help to you. Let us know what you think by commenting in the box below.